(Alexis DeVeaux and Gwendolyn Hardwick in the house!)

Sweet Honey in the Rock

speaks about the importance of coalition at the West Coast Women’s Festival. With Shirley Childress Johnson (Of Blessed Memory)

Palestinian musician and director of the Sabreen Center, Said Murad 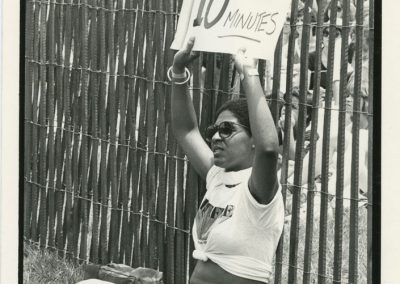 Protest Music as Responsible Citizenship was a three-day conversation